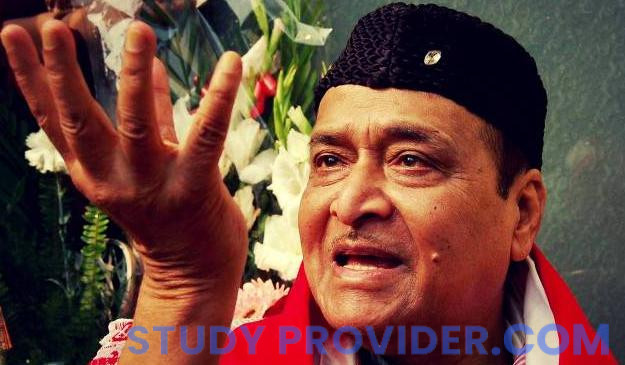 What is todays Google Doodle?

Who is Dr Bhupen Hazarika?

Dr. Bhupen Hazarika (8 September 1926 – 5 November 2011) was an Indian playback singer, lyricist, musician, singer, poet and film-maker from Assam, widely known as Sudhakantha. His songs, written and sung mainly in the Assamese language by himself, are marked by humanity and universal brotherhood and have been translated and sung in many languages, most notably in Bengali and Hindi.

His songs, based on the themes of communal amity, universal justice and empathy, have become popular among the people of Assam, besides West Bengaland Bangladesh. He is also acknowledged to have introduced the culture and folk music of Assam and Northeast India to Hindi cinema at the national level. He received the National Film Award for Best Music Direction in 1975. Recipient of Sangeet Natak Akademi Award(1987), Padmashri (1977), and Padmabhushan (2001),

The golden voice of Assam, Dr. Bhupen Hazarika is a singer, lyricist, music director, poet and director who enjoys cult status in the entire Northeast, West Bengal and even Bangladesh.

Born in the remote town of Sadiya of Assam in 1926,he came to Guwahati for his Intermediate in Arts from Cotton College, Guwahati in 1942 before moving on to the Banaras Hindu University where he earned his Bachelors and Masters degrees. He then went over to the United States to earn a doctorate in Mass Communication from the Columbia University.

He started singing on All India Radio in 1937 at the tender age of eleven, apart from appearing as a child artiste in an Assamese movie. His stint in politics began when he entered the Assam Assembly in the 1960s as an independent MLA. He was also the President of the Assam Sahitya Sabha, the premier literary body in Assam.

He has composed the music for many Hindi movies and is most well-known for his compositions in the Hindi movie Rudaali. Besides, he has also produced many serials for Doordarshan.

Dr. Bhupen Hazarika received the Dada Saheb Phalke Award for his contribution to Indian cinema. He contested the Lok Sabha elections unsuccessfully from Guwahati on a BJP ticket in the 2004 elections. He has enthralled generations of people in his native state of Assam and various parts of the globe.